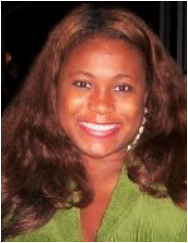 Game Ready is managed and directed by Ricky Price, a Duke University alumnus with outstanding basketball credentials. Born and raised in Los Angeles, Ricky was one of the best prep players in the history of California. A McDonalds All-American Slam Dunk Champion, he was unanimously named a USA Today/AP/Parade Top 5 player in the country. These talents helped Ricky achieve early success and opened an opportunity to represent the USA in the Junior Olympics in Argentina where he won a gold medal.

Ricky was an All-ACC performer and 2 time ACC regular season champion at Duke. Under the guidance of Coach Mike Krzyzewski, Ricky became 1 of 75 players in Duke’s history to score 1,000 career points. His decade long Pro career included stints with several teams throughout Europe and Asia, as well as the Miami Heat, Detroit Pistons, Orlando Magic, and Charlotte Bobcats of the NBA.

Following his playing career, Ricky worked as VP of Operations for Worldwide Hoops Sports Marketing, and has been featured as a correspondent for Raycom Sports for ACC College Basketball and WCCB Charlotte’s Got Game sports show.

In 2010 Ricky founded Game Ready Skills and Development, LLC and has quickly become one of the most sought after trainers in North Carolina. Game Ready can leverage the legitimacy of excellence in academics and sports based on these crucially important credentials.

Krystal Jennings is an Organizational Development & Leadership Consultant who specializes in Change Management, Organizational Compliance, and Accreditation Services. She has consulted for Game Ready Skills and Development, since 2013.

Krystal is an alumna of the University of North Carolina at Chapel Hill and Pfeiffer University. She received her Masters in Business Administration and a Masters in Leadership Development in 2005. She has also attended Thomas Jefferson School of Law in San Diego, CA and Sherman School of Chiropractic in Spartanburg, S.C. Each of these unique educational experiences has solidified Krystal’s philosophical perspective. She knows what it takes to become a great student - one who has the mental toughness, life and leadership skills that are necessary to excel in today's global educational environment.

Krystal’s passion for education is also steeped in her varied consulting experience. She worked as an Accreditation Consultant for the US Department of Education and the National Accrediting Commission of Cosmetology Arts and Sciences. Her consulting practice has also afforded her many opportunities to work with major Fortune 100 companies including: Duke Energy, Qualcomm, Wells Fargo, and Charlotte’s own Carolina Panthers. Her business acumen has been sharply honed from these remarkable experiences, as she continues to push corporations and tomorrow's leaders towards excellence.

Krystal strongly believes in providing all children the opportunity to achieve their personal and academic goals. She remains dedicated to helping children explore their "Journey to Awakening" through the use of education.​​
Powered by